ARGITOS nanosilver is environmentally friendly, non-toxic and completely harmless to humans, animals, plants and living creatures with a multicellular structure.

Nanosilver has anti-inflammatory activity. Studies have shown that nanosilver enhances the action of enzymes, which play an important role in anti-inflammatory and regenerative processes, inhibits the expression of necrosis factor (tissue death) and cause the death of inflammatory cells. Nanosilver affects the cytokines involved in tissue healing. Thus, nanosilver contributes not only to the rapid healing of burns and wounds, but also to reducing scarring after wounds. 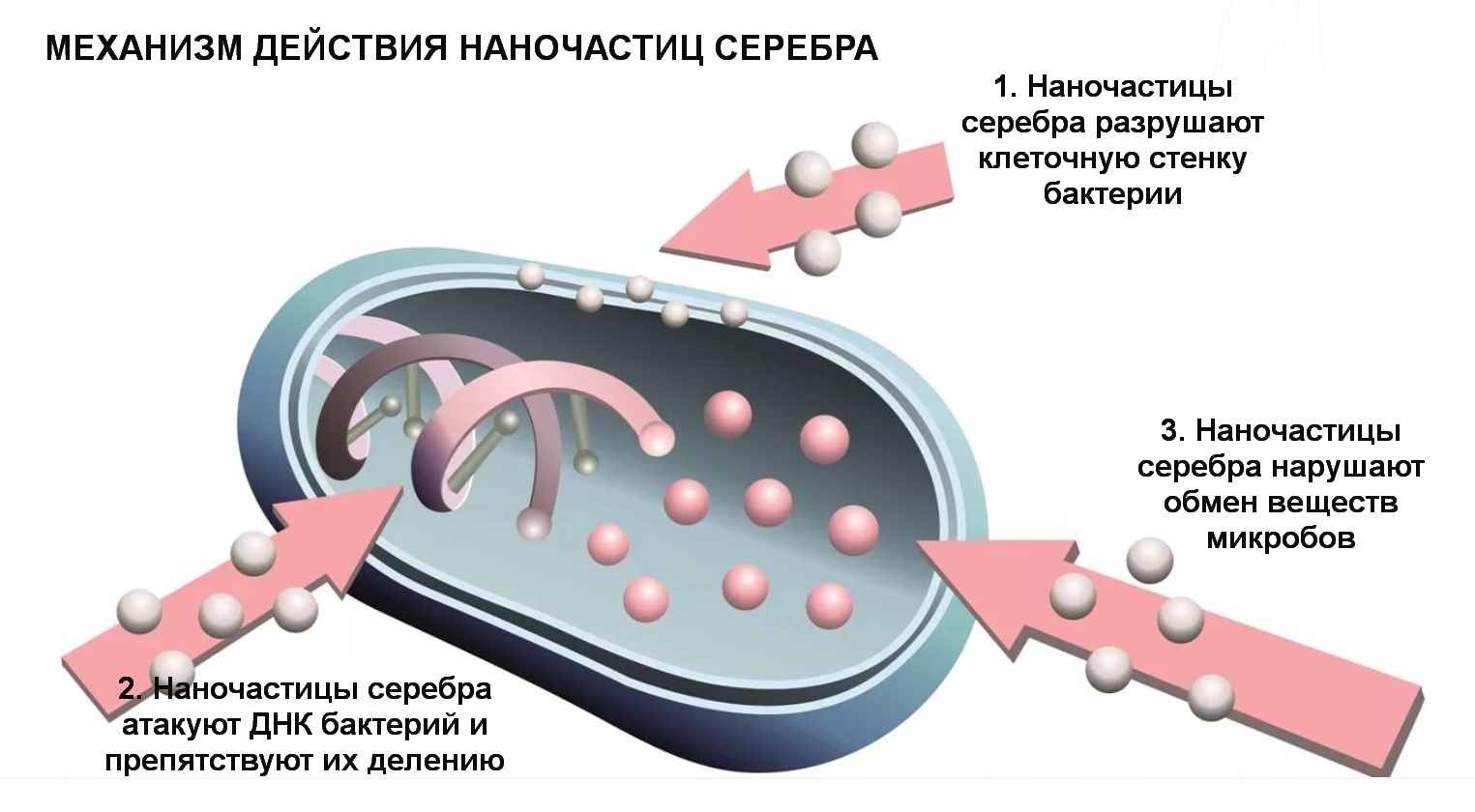 The mechanism of action of silver nanoparticles on bacteria, fungi :
• silver nanoparticles destroy the cell wall of the bacterium, causing its instant death from physical destruction, and not from poisoning by toxin;
• silver nanoparticles block the respiratory enzymes of bacteria, with the help of which they ensure their vital activity, which leads to the loss of their biological activity of these enzymes and, accordingly, the death of the microorganism.
• interaction with DNA microorganism and, which leads to disruption of the mechanism of cell division and DNA replication.

Nanosilver does not kill bacteria, but contributes to the slow death of bacteria and reduces their ability to reproduce, creating an environment that makes the survival and reproduction of pathogens impossible. At the same time, fulfilling its functions, silver is not depleted, but continues to work again and again. At the same time, silver does not kill a living cell, which is especially important for serious chronic infections (chlamydia, intracellular infections, uroplasmosis, etc.).

A wide spectrum of antimicrobial action, the absence of resistance to it in most pathogenic mechanisms, low toxicity , the absence of allergenicity contribute to an increased interest in nanosilver in many countries of the world and the creation of various anti-inflammatory, antiseptic and bactericidal medicines on its basis e.

The biocidal additive "Nanosilver ARGITOS" was tested for biocidal activity and received a positive conclusion from the Research Institute of Disinfectology Rospotrebnadzor.